Are you looking for trusted legal guidance?
Put my experience on your side today. 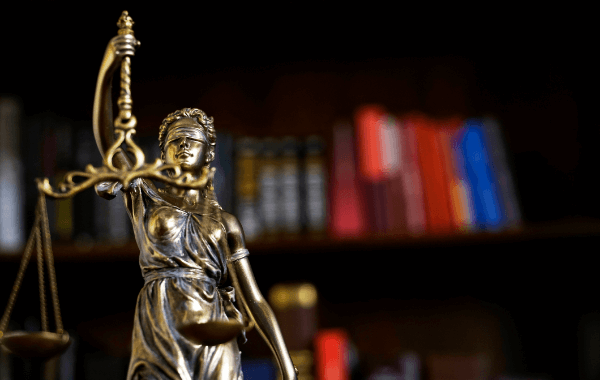 With more than a decade of experience, Mr. Orantes has substantial experience representing clients in business bankruptcy, consumer bankruptcy, and commercial and complex litigation matters.

After graduating from Baruch College in New York City with a degree in Accountancy with all the educational requirements to become a Certified Public Accountant, Mr. Orantes instead obtained his law degree from the UCLA School of Law, where he was a member of the Moot Court Honors Program. His experience includes advising individuals and businesses prior to and during insolvency; representing parties in assignments for the benefit of creditors; representing plaintiffs and defendants in complex litigation; preparing and arguing motions during Chapter 11 proceedings; negotiating debtor-in-possession financing; formulating, negotiating and obtaining confirmation of reorganization plans; and negotiating litigation settlements.

He has represented debtors, creditors, litigants, landlords, asset purchasers, and other parties-in-interest in proceedings in bankruptcy court in California, New York, Delaware, Arizona, and Texas, among others. His clients have ranged from individuals and small businesses to businesses with annual earnings of hundreds of millions of dollars. He has handled first-day motions in business reorganization cases; Chapter 7 matters; Section 341(a) meetings; depositions; Rule 2004 examinations; motions to sell assets; motions to compel assumption or rejection of leases; motions to appoint a trustee or examiner, etc.

In addition, Mr. Orantes has prosecuted or defended actions arising under the Bankruptcy Code, such as preference or fraudulent transfer avoidance and non-discharge ability actions.

Mr. Orantes is fully fluent in Spanish (both written and oral) and has analyzed the bankruptcy codes of Mexico, Spain, and Nicaragua and helped to write the bankruptcy laws of several Spanish-speaking nations.

Prior to establishing the Orantes Law Firm, Mr. Orantes worked for firms specializing in general litigation and bankruptcy, including a full-service international firm with the largest bankruptcy department in the United States and the firm that handled the largest number of business reorganizations in Southern California.

Mr. Orantes was also honored to serve as an extern for the late Hon. Judge Irving Hill, U.S. District Court, Central District of California, and as a judicial law clerk in the U.S. Bankruptcy Court, Central District of California for the Hon. Judge Mitchel Goldberg, Hon. Judge Meredith A. Jury and Hon. Judge David N. Naugle. During his clerkship, Mr. Orantes evaluated and assessed numerous plans pursuant to Chapters 11 or 13 of the Bankruptcy Code as well as countless motions and trials.

Mr. Orantes is a member of the National Association of Consumer Bankruptcy Attorneys, the American Bankruptcy Institute and the Los Angeles County Bar Association.

TELL US ABOUT YOUR CASE AND REQUEST YOUR FREE MEETING.